Posted at 13:19h in News, Releases by Lisa Gordon 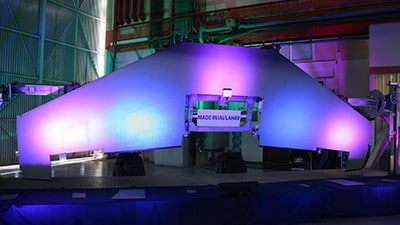 February 3rd, 2020- Israel Aerospace Industries (IAI) won a $240 million IDIQ contract to manufacture the wings for the T-38 jet trainers used by the US Air Force. IAI has been producing high quality T-38 wings generating strong customer satisfaction since 2011 which contributed to the large award.

In service with the US Air Force since the 1960s, the T-38 jet trainers required the replacement of the wings to remain operational for the next several years. IAI met the significant technological challenge seamlessly while keeping the fleet operational.

IAI EVP and General Manager of IAI’s Aviation Group, Yossi Melamed, said, “Winning the new contract is further validation of the trust and appreciation the US Air Force has for IAI’s Aero-Structures. IAI is a center of excellence in the manufacturing of wings for the F-16, F-35, and T-38. We will continue to provide wings of the highest quality, meeting our customer’s quality and schedule. We thank the US Air Force for entrusting us again with the production of the wings for the coming years. We are proud to keep the T38 Flying.”

Long established in the US for over 25 years, IAI has hundreds of millions of dollars in revenue in the US aerospace and market defense as well as a large supply chain in 44 US states. The $240M T-38 and current M&A activity are representative of IAI’s continued commitment and growth in the US. The wings will be manufactured by IAI’s LAHAV Aero-Strucrues line of business which is part of the Aviation Group in Lod, Israel.