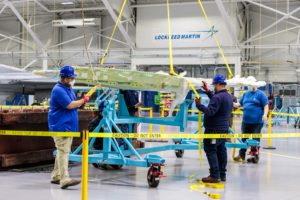 The F-16 wing and vertical fin assembly lines were the first of IAI and Lockheed Martin’s collaborations, which have grown and expanded in the fields of aviation and defense. In addition to wings and vertical fins, IAI also produces the F-16 Conformal Fuel Tanks.

Boaz Levy, IAI President & CEO, said, “The first delivery of the F-16 wing and vertical fins represents a continuation of IAI’s decades-long cooperation with Lockheed Martin to manufacture aerostructures for customers worldwide. Built on the newly refurbished and technologically advanced assembly line, the F-16 wing and vertical fins represent over 40 years of cooperation between IAI and Lockheed Martin. The reactivated F-16 assembly lines join IAI’s aerostructures center of excellence for fighter aircraft. With decades of experience, customer satisfaction, and continued technological advancement, these first deliveries are a testament to IAI’s leading role in the aviation industry.”

Joshua (Shiki) Shani, Chief Executive, Lockheed Martin Israel, said, “The F-16 is a strategic and valuable choice for many customers around the world seeking advanced, 4th generation fighter aircraft capabilities, regional and worldwide partnerships, and affordable lifecycle costs. Five nations have chosen the F-16 Block 70/72 for these reasons and more. We are proud to have local Israeli production of wings for the F-16 at the IAI facilities, which already produces wings for the F-35, and we look forward to growing our partnerships and cooperation with the Israeli industries.” 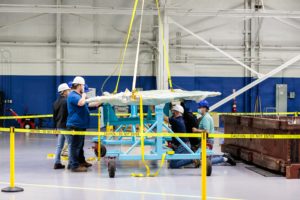 IAI’s Aviation Group is a leader in developing and producing advanced composite materials technologies, avionic structures, and assemblies. It offers a dedicated line for making F-35 outer wing boxes and their skins. With these capabilities, the Aviation Group serves the world’s largest aerospace companies, including Lockheed Martin, Boeing, major airlines such as Alitalia and WizzAir, and leading shipping companies such as Amazon and DHL.