Posted at 14:08h in News, Releases by Lisa Gordon

November 9, 2020- The Israel Missile Defense Organization (IMDO), in the Directorate of Defense R&D (DDR&D), of the Israel Ministry of Defense, delivered to the U.S. Army the first Multi-Mission Radars (MMR) manufactured by ELTA Systems, a subsidiary of Israel Aerospace Industries (IAI). In August 2019, the United States and Israel signed an agreement for the procurement of two Iron Dome Defense System batteries (IDDS-A), which contain MMR radars produced by ELTA. On September 30th, 2020, the first radar was officially handed to the U.S. Army. The second radar will follow shortly. The MMR radars delivered within the framework of this agreement, will be employed in the defense of US troops against a variety of ballistic and aerial threats. 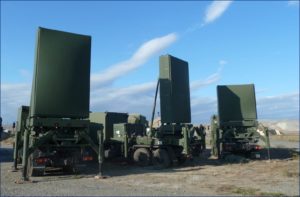 The modern battlefield has essentially evolved over the last decades as aerial threats have become more versatile. The ability to take defensive measures has become a high priority challenge. In addition, radars can no longer focus on specific, single missions, but rather must be utilized in multiple, simultaneous operations. In order to address these challenges, ELTA has developed a state-of-the-art system – the MMR radar. This combat proven MMR provides air surveillance and defense capabilities with advanced 3D Active Electronically Steered Array (AESA) antenna technology. The MMR detects the adversary’s weapon locations and calculates Impact Point and Launch Point in real time, while simultaneously identifying friend or foe (IFF). For rapid maneuvering purposes the MMR may be transported on a single vehicle.

The MMR has been widely deployed and operationally integrated by partners around the world. The MMR family has grown and evolved throughout the years to offer capabilities for Air Surveillance, Air Defense, Artillery Hostile Weapon Location and Friendly Fire Ranging.

IAI VP and CEO of ELTA, Yoav Tourgeman: “The MMR radar is operational in Israel and other countries. We are proud to supply our most advanced systems to our allies, the US Army. The MMR radar addresses a broad range of needs, by locating and tracking incoming rockets and artillery shells, and by providing a comprehensive aerial situation assessment. The MMR radar will maintain our allies’ military edge. The demand for mobile, combat-proven MMR systems is on the rise.