Posted at 11:58h in News, Releases by Lisa Gordon 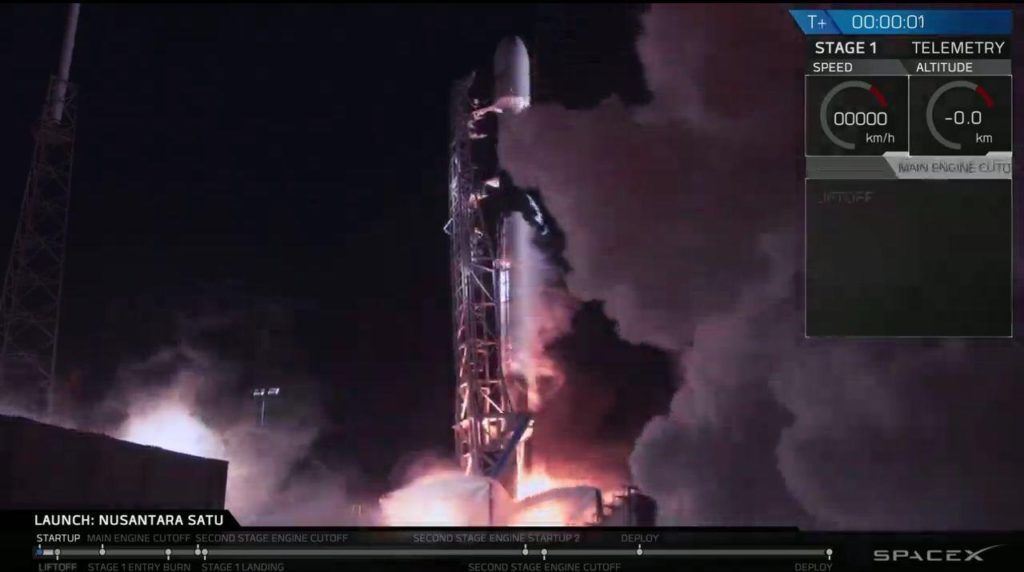 Israeli Spacecraft Beresheet Launched to the Moon at 08:45pm EST on February 21, 2019

The spacecraft’s legs deployed at 08:25pm EST as planned

Mr. Morris Kahn, President of SpaceIL: “The successful launch positions Israel on the map. History has been made. We look forward to an amazing 7-week journey that will mark yet another historic even. We cross our fingers for Beresheet. Thank you to the amazing teams if SpaceIL and IAI. Israel is now on the space map.”

Ido Antebi, CEO of the SpaceIL NGO: “We arrived at the launch with a fully tested spacecraft on its way for a highly challenging mission. I am proud of SpaceIL and IAI teams who made this accomplishment possible with professional work, perseverance and collaboration, if everything goes well, the spacecraft will enter a cruising orbit around Earth within an hour from the launch. In the next two months, Beresheet will continue its challenging journey until it lands on the moon.”

This Friday morning, SpaceIL and IAI, the partners in the Beresheet project, announced the successful launch of the spacecraft. Initial data was received in the control room in Yehud, the spacecraft’s legs deployed as planned and Beresheet started in-orbit tests while cruising to the moon. After all sub-systems are tests, Beresheet will start its first maneuver and circling the Earth within nine hours. 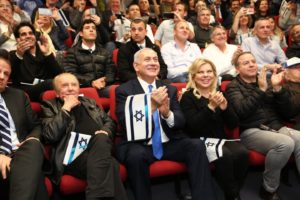 The spacecraft’s journey to the moon – the longest ever:
The spacecraft will orbit the Earth in elliptical orbits and will travel 6.5 million kilometers – the longest distance ever travelled to the moon. During these orbits, the spacecraft will raise its orbit around Earth until it reaches the proximity of the moon. When the spacecraft is in lunar orbit, about 10 days before landing, it will orbit it until the appropriate time and an autonomous landing process will begin. The route will take about two months until the expected landing on April 11, 2019.

How did it all start?
Although this is a national and historic achievement, it is based on a private initiative conceived about eight years ago by the three founders of SpaceIL, with two main goals: to land an Israeli spacecraft on the moon and to inspire the younger generation to study science and technology.

In hope to fulfil their dream, the young entrepreneurs Yariv Bash, Kfir Damari and Yehonatan Weintraub enrolled in Google Lunar XPRIZE Challenge. The competition ended without a winner in March 2018. However SpaceIL, announced that it would continue working on its mission.

The world’s first spacecraft built in a non-governmental mission
Since the establishment of SpaceIL, the task of landing an Israeli spacecraft on the moon has become a national project, but funded by donors, headed by Morris Kahn. This is the lowest-budget spacecraft to ever undertake such a mission. The superpowers who managed to land a spacecraft on the moon have spent hundreds of millions of dollars in government funding.
The development and construction of the spacecraft in such a limited budget is a significant achievement in itself, both for the State of Israel and for the space industry worldwide. If the mission proves successful, it will be a technological breakthrough of an international scale.

The significance of the project for the State of Israel
Landing a spacecraft on the moon will bring an extraordinary achievement to the small State of Israel. The project expresses Israel’s technological capabilities and opens many opportunities for it: First of all, it will promote scientific education of the next generation: since its foundation, the NGO met eith over one million students throughout the country. Secondly, it will advance and promote science and research. Thirdly, it would open a new horizon for the Israeli economy thanks to its engineering knowledge and advanced development capabilities. The success of Beresheet is a symbol of Israel’s’ success in these and other fields.

The development and construction process
The planning and development process of the spacecraft included intensive work by dozens of engineers, scientists and staff. The development by SpaceIL and IAI started in 2015 and lasted until 2018. The spacecraft, which weighs only 600 kilograms, is considered the smallest to land on the moon. The height of “Beresheet” is 1.5 meters, it is about two meters wide and it carries fuel which is approximately 75 percent of its weight. Its maximum speed will reach 10 km per second (36,000 km / h).

The Israeli flag on the moon, the selfie and a scientific mission in conjunction with NASA via Israel Space Agency
Once landed on the moon, the spacecraft carrying the Israeli flag will begin taking photographs of the landing site and a selfie to prove we have indeed landed on the moon. The spacecraft has an important scientific mission to complete: measure the moon’s magnetic field as part of an experiment carried out in collaboration with the Weizmann Institute. NASA is also participating in the mission under an agreement entered with Israel Space Agency. NASA has installed a laser retroreflector on the spacecraft, and will assist in communicating the spacecraft on the moon.

The time capsule: a huge database about humanity as it is today
The spacecraft carries a “time capsule” – a huge database of hundreds of digital files ranging from details about the NGO, the spacecraft and the crew of the project, national symbols, cultural items and materials collected from the general public over the years to be placed on the moon by the spacecraft.
The time capsule will remain on the Moon even after the mission is completed. Since the spacecraft is not expected to return to Earth, the information it carries is destined to remain on the moon for an indefinite period, and may be found and distributed by future generations.