Posted at 08:27h in News, Releases, Uncategorized by Michael White 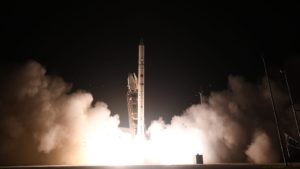 Isreal’s Defense Minister, Benny Gantz: “This is another extraordinary achievement for the defense establishment, for the defense industries as a whole, and for Israel Aerospace Industries in particular.”

July 6, 2020– The Space Administration in the Directorate of Defense Research and Development (DDR&D), of the Israel Ministry of Defense (IMoD), and Israel Aerospace Industries (IAI), have successfully launched the “Ofek 16” reconnaissance satellite into space, today (06.07.2020) at 4:00 AM. The launch was performed from a launch site based in central Israel, using a “Shavit” launcher. 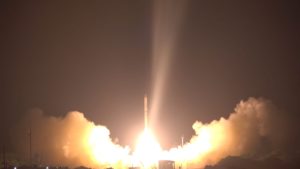 The satellite began to orbit around earth and to transmit data, in accordance with original launch plans. IMoD and IAI engineers have started a series of pre-planned tests to determine the propriety and performance level of the satellite before it begins its full operational activities.

Defense Minister, Benny Gantz: “The successful launch of the ‘Ofek 16’ satellite overnight is yet another extraordinary achievement for the defense establishment, for the defense industries as a whole, and for Israel Aerospace Industries in particular. Technological superiority and intelligence capabilities are essential to the security of the State of Israel. The fact that Israel is one of the 13 countries in the world with satellite launching capabilities is not a given, and was made possible by the people who have been investing in these systems and advancing breakthrough capabilities over the years. We will continue to strengthen and maintain Israel’s capabilities on every front, in every place”. 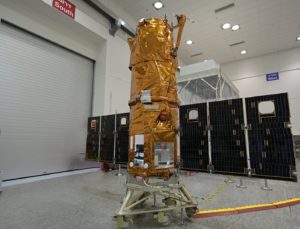 “Ofek 16” is an electro-optical reconnaissance satellite with advanced capabilities. Its development was enabled by the great experience gained by the defense establishment in the production of earlier satellites in the Ofek series, which have been produced and launched since the year 1988. The satellite was launched into space using the “Shavit” launcher.

The Space Administration in IMoD has led the development and production of the satellite and its launcher. IAI is the prime contractor, having assigned the program to its Systems, Missiles and Space Group together with the MLM Division, which is responsible for the development of the launcher. Elbit Systems is responsible for the development and production of the satellite’s advanced camera and payload. The launch engines were developed by Rafael Advanced Defense Systems and Tomer, a government-owned company. Additional companies have participated in the program, including Rokar and Cielo.

The Director of Security for the Defense Establishment oversaw the security arrangements of the program. Lastly, various IDF officials, primarily from the Intelligence Corps and Air Force have also been deeply involved in the satellite development process. Once the satellite is deemed fully operational, the Ministry of Defense will deliver responsibilities to the IDF’s ‘9900’ Intelligence Unit.